When I got over the shock of hearing about the tragic death of Robin Williams, my immediate thought was “How could Milton Erickson have helped him?” Three cases came to mind.

In the first case a Boston nurse had announced in 1956 to everyone at Boston State Hospital that she was going to kill herself and had indeed already given away some of her belongings. Not knowing this, Erickson had chosen her as a subject because he saw how responsive she was. When Dr. Leo Alexander exclaimed, “Oh no, no, no, no…that girl has been in psychoanalysis for two years. She is a compensated depressive…She is going to commit suicide. We all know it. We’re all prepared for it. And nobody can talk the girl out of it.” Erickson said, “Well I promised the girl; the girl promised me. If I refuse to use her I could be the final rejection of her and she could commit suicide before October 20th. So I don’t see any way out of the trap I got myself into, except to use her.”

He put her in a very deep trance and she experienced total amnesia. He did a long demonstration. He said later that he wanted her to be in deep trance.

“So I gave her a few lessons in time distortion. And then I suggested that we go to the Boston Arboretum. She promptly hallucinated us in the Boston Arboretum. I pointed to the annuals that were dying and mentioned how they would be replanted next spring. Perennials, they were dying too. And they would come to life again next spring all by themselves. I pointed to the leaves that were changing color this October. And New England is a very nice place to see the changing color of leaves. And I pointed out various shrubs, bushes, vines, and trees. Discussed their flowering, the development of seed and fruit and how many plants distribute their seeds in various ways. Dandelion by having down, and the wind takes the seed and carries it. How the seeds are eaten by birds, not digested but they’re spread around. And Anne and I had a very interesting trip to the Arboretum. We went in rather rapid time because I had Anne enlarging mentally on everything I had said and I didn’t have to say very much. Now the audience could hear me talking about the Arboretum.

And then we went to the aviary and looked at the birds. And I spoke about the migration of birds, how a tern was born, how they hatched out one summer in the aerie. And when the right time comes they fly 10,000 miles to the tip of South America. It doesn’t have a compass, it has no college education, but he finds his way anyway. We spoke about the wonders of living creatures.

And then we went back to the hospital. I gave her a positive view of the audience. I let various members of the hospital staff talk to her and demonstrate rapport. She talked to them and not as a nurse but as an equal. She was a very lovely subject.

And then I suggested, ‘Anne, the hospital is boring, let’s walk down to the Boston beach.’ We spoke about the beach having been there long before the white men—enjoyed by the Indians, countless generations of Indians. And then countless generations of whites with pale faces who enjoyed the beach…Yet that beach of green being there permanent for future generations. And I had her look at the ocean, as it was smooth with small waves on it, huge waves. We talked about the inhabitants of the ocean, the migration of the green turtle, the whales, the salmon, their mysterious ways of finding home in some river…We spoke of all the mystery of the ocean, how mysterious it was. And there was a tide—go out and come back in. And we see the violent storm of the ocean.”

The next day Anne disappeared and for 16 years: “Dr. Alexander and I were very unpopular.”

“And sixteen years later, one afternoon I got a long-distance call from Florida. A woman’s voice said, ‘You probably will not remember me. My name is Anne. I was the nurse that you used as a subject at the Boston State Hospital in 1956…”

“Upon leaving work she went to the Naval recruiting station and demanded immediate induction into the Navy. She had all her credentials. The Navy took her in. Served a couple of enlistments. And then she was discharged in Florida and got a job in a hospital there. Met a retired Air Force officer, married him, had five children.”

“And I was doing therapy the whole time and nobody knew it. I was discussing life, various forms of life, the beauty of life. Everybody thought i was lecturing on hypnosis—and demonstrating hypnosis. Anne didn’t know I was doing any therapy either, just being a good subject. I knew what I was doing, nobody else did.”

“Now therapy can be done and your patient makes her own interpretation, makes her own value about what you say and they apply it to themselves any way they wish.”

The second case refers to a very depressed, rich, friendless older woman whose only activity was to go to church. A colleague of Erickson’s asked him to visit her at home. His colleague was deeply worried because she was so depressed.

He gave her a “prescription” to spend the days transplanting 50 African Violet plants at a time and sending gift plants to church members at every possible church activity. Erickson said, “She didn’t have time to be depressed.”

Erickson said, “Psychotherapy is treating a patient as an individual who is unique. There will never be a duplicate of that person and you use the uniqueness of that person. And that person possesses a lot of unknown qualities. And I discovered she liked African Violets. I promoted a liking that she already had.”

Erickson saw her only once: “Just one visit. Seeing just one place where she had energy, and then capitalizing on that energy and spreading it over everything.”

“And so, some twenty years later she died of natural causes with an endless number of friends, the African Violet Queen of Milwaukee.”

Thinking about how brilliant and how tortured Robin Williams was, I wonder how Erickson would have worked with him. There is another case of a psychiatrist who Erickson thought was more brilliant than he was. At first he did not want to see him, but then he said, “My unconscious is as smart as he is…or smarter.” So he treated the patient and went into spontaneous trance at the beginning of every appointment, keeping notes he would never read until the case was successfully completed. 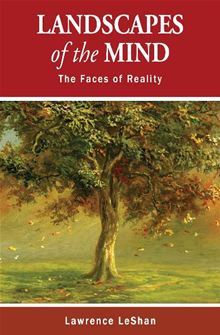